What did Alvin Ailey died from?

I had attended one of their performances a few years back, and was told that Alvin Ailey had died of a rare blood disease. But in school I just heard that it was caused by AIDS actually? Anybody know what the true story is?

Alvin Ailey did not die from the terminal blood dyscrasia disorder, although that’s what the The New York Times reported at the time. It was not until later that the truth about his cause of death was revealed. He had actually died from AIDS/HIV complications on December 1, 1989. Ailey he had contracted AIDS/HIV during his 50s and ultimately lost the battle to the disease at the age of 58. Terminal blood dyscrasia was originally reported as the cause of his death because that’s what Ailey had personally asked his doctor to announce instead. 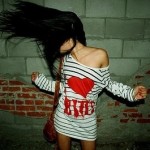 The nytimes.com article here says he died in 1989 at age 58 from blood dyscrasia, a rare disorder that affects the bone marrow and red blood cells. 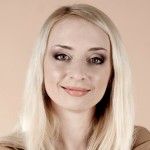 He died from AIDS.